Work has completed on the refurbishment of the ground floor of the lookout to create a multi purpose space for training, meetings and visitors.

We are very grateful to the local people who made generous donations to enable us to carry out the work.

The new facility will be opened formally by NCI Chairman Lesley Suddes on July 18th.

Shoreham NCI station has been awarded DFS (Declared Facility Status) for 2018/2019. This means that we continue to be qualified to work as part of the national search and rescue operation.

Station Manager Laurie Hays has announced his retirement from NCI. During his 7 years Laurie has made a major contribution to making Shoreham station a well equipped, efficient operation.

We are delighted that our project has been successful and we are now able to proceed with our windscreen and CCTV project. The station members turned out to give a big thank you to AVIVA. 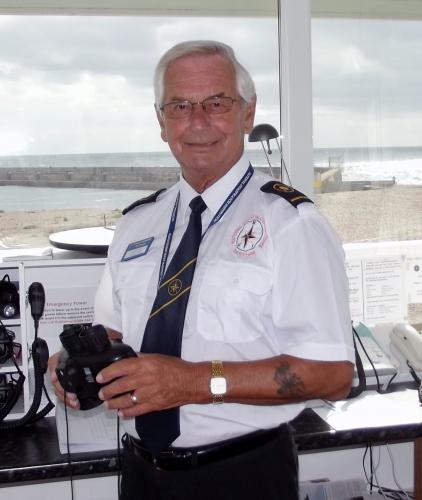 Watchkeepers were presented with their 5  year awards.

Shoreham NCI succesfully passed their annual DFS.  A good standard of watchkeeping was achieved. Thanks to all the watchkeepers on that day and all the others who give their time throughout the year

Laurie Hays, Deputy Station Manager and Public Relations officer  applied to the Sussex Heart Charity for funding the purchase of a Defibrillator, that can be used by members of the public. The Charity very kindly agreed to fund the defibrillator to the cost of £1000. The  defibrillator is now installed on the Coastwatch Station’s perimeter fencing, and is available to the public, day and night, all year round. The defibrillator “AED” can be used by any non qualified operator, it is fully automated, and a recorded voice will guide the user through it’s operations. 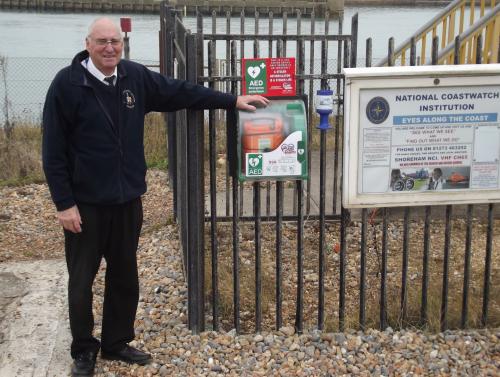 The station continues to be run on a professional but friendly basis with development constantly in mind.  Relationships with local agencies seem to be well-managed and continue to be pursued with enthusiasm.

The station continues to operate a robust and well-thought-out training scheme both for new recruits and for continuation training. Annual training reviews are applied to all Watchkeepers and are carried out by the Training Officer plus a team of five specified trainer/assessors.

The two pairs of watchkeepers on duty during the busy Sunday morning review attended to their duties with diligence and good humour. An ‘officer of the watch’ system is in place and was adhered to. The opening-up routine shore patrol was carried-out well. The watch handover was conducted with detailed accuracy.

This is a happy station which is very well run and continues to command local respect. 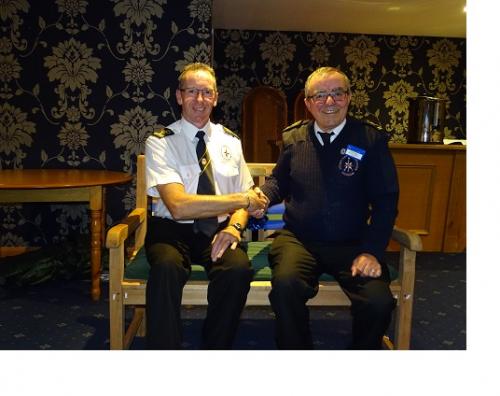 DFS Annual Re-assessment. David Crozier was in attendance for the day on 12th October when we had our annual DFS re-assessment. The station was successful in retaining it's Declared Facility Status. Thankyou to the watchkeepers who gave their time and expertise on the day, also to all who do the same during the year.

Date of next review October 2016

At our recent AGM 8 "5  year awards" were presented to watchkeepers who have served with the Coastwatch for that amount of time. A fine achievement, thank you

Offcom authorise NCI to issue 'In House' radio competence certificates, allowing us to train Watchkeepers to use marine band short wave radio when required, without the expense of external training and assessment. Most stations already have at least one person who meets the standards required to teach the agreed syllabus, Shoreham has already nominated two such trainers in preparation for the new system.