Gwennap Head or Tol Pedn ( its original Cornish name) as it was known until 1977 is located high on the far south west of Cornwall between Land`s End and Porthcurno. Tol Pedn Penwith (the Holed headland in Penwith) draws its name from a chasm called the Funnel. The name of Gwennap Head probably comes from a family in one of the adjacent parishes as there are records of families with the surname Gwennape. They must have taken the surname from the parish of Gwennap originally and recent research by Craig Weatherall states that this change occured around 1977. Local people still refer to the headland as Tol Pedn. 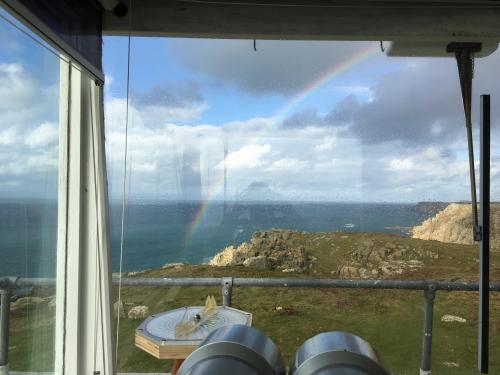 The First One Hundred Years!

Gwennap has always been a place to look out for on the ships that pass this stormy corner of Britain. There is a reference to a cliff castle which once extended across this headland but little of it is now to be seen. According to  a recent curator of the Porthcurno Museum, Mr John Packer, the visual signal station pictured on the plate in the Truro Museum is almost certainly at Gwennap Head and the Union Flag shown flying dates it as pre 1801. Early maps of the area also show a station at Tol Pedn. In line with this there is in existence a photograph showing a two arm semaphore at Gwennap probably c1900-1910.

Work on the coastguard station began around 1905 and by 1910 it was up and running. Following the wreck of a small French fishing boat (the Vert Prairial) at the foot of the cliffs it was proved that the wreck site was invisible from the Gwennap Head look out which at that time was in the lower part of the present building. As a direct result of the wreck a second floor was added to give extra height to the lookout; this is our present watch room.

In the 1980's a tall wireless mast was erected on the headland. As well as H.F. and V.H.F. ship shore communications there was also a radio telemetry link which received weather reports from an automatic buoy stationed somewhere out in the Western Approaches beyond Wolf and Bishop Rocks

In the 1950-1960s there was a wooden 'mast' rigged on the grassy slope north west of the station - it was meant to represent the mast of a vessel in distress and used by the cliff rescue team for practising rescue by rocket and breeches buoy. It was removed because helicopters have supplanted rocket lines and also because there was concern that  visitors could harm themselves by climbing it.

By 1986, the days of the coastguard at Gwennap Head were numbered. Questions were being raised in Parliament about the cost of running coastguard stations (especially in light of technical advances in vessel tracking such as the global Automatic Information System (AIS)) and the ‘Mark 1 Eyeball’ was considered obsolete. Consequently, the coastguard watch at Gwennap Head  was withdrawn in 1994, and the station closed down..

However, elsewhere, at the start of the 90’s, Captain Tony Starling-Lark, a North Sea Pilot, had become increasingly alarmed at the number of accidents occurring between large merchant vessels and trawlers, particularly in the Dover Straits.

To try and raise public awareness, and to help investigate these losses, he took a BBC Film Crew, together with a trawler skipper, on a normal large container vessel pilotage assignment. During this passage, both Captain Starling-Lark and the trawler skipper realised that neither of them had a basic knowledge of each other’s problems when handling their vessels, and the quite different requirements each had when using the same stretch of water!

From this experience, the Sea Safety Group (SSG) was formed to try to bring awareness to all mariners, whatever their calling, of each other’s problems and special requirements. In 1994, whilst boarding a ship off Brixham in an easterly gale, Captain Starling-Lark jokingly remarked, "Ah well, if I fall over the side, at least the Lookout on Berry Head should see me." However, he was horrified to learn that the coastguard lookout was no longer manned following a reorganisation of the Coastguard Service. About the same time, tragically, two fishermen were lost at sea, almost under the old coastguard lookout at Bass Point, on the eastern part of the Lizard Peninsula.

This prompted SSG Director Peter Rayment to suggest that the group try to acquire the lookout, reinstate it to working order, and man it with volunteers. The story goes that after a day of intense discussion, by ten o’clock that evening, the National Coastwatch Institution was born, with all relevant themes and action points down on paper!

NCI Gwennap Head (the third NCI station to be inaugurated, after Bass Point and Cape Cornwall) was opened on October 21 1996, under its founding Station Controller, Heather Taylor-Nicholson. Heather had been a coastguard watch keeper at Gwennap Head and, when the NCI were recruiting for volunteer watch keepers prior to the station’s planned re-opening, she went along to the meeting and, in her own words, “found myself volunteering to be Station Controller”.

Heather remembers that, in all, around 20 people volunteered for the station, and that, the day they moved in, it became apparent the building was in a serious state of disrepair! In spite of only having only £40 in funds, they did the best they could to clean things up, and NCI Gwennap Head became operational, the third Cornish station to do so. From that small beginning by a group of dedicated volunteers, the station gradually took shape with equipment being begged, borrowed, or 'donated' from a variety of sources..

It's also worth noting that, at that time, all three Cornish stations had female controllers (Lynn Brigg; Bass Point, Heather Taylor-Nicholson; Gwennap Head, Annie Coak nee Peacock; Cape Cornwall) who, between them, were responsible for laying the groundwork for most of the practices and procedures which the NCI operates, today.

Steady As She Goes!

NCI Gwennap Head achieved Declared Facility Status in 2000 after a thorough inspection by the Maritime & Coastguard Agency, which means that the station is 'fit for purpose'. Today we have over 40 volunteers, men and women of all ages, under Station Manager Ian Vinnicombe, who keep watch 365 days a year, helping to make our part of the coastline safer for all users, whether on land or at sea.

In 2003 we were  honoured by a visit by Her Royal Highness the Princess Anne who spent some time with us and thoroughly enjoyed her visit. 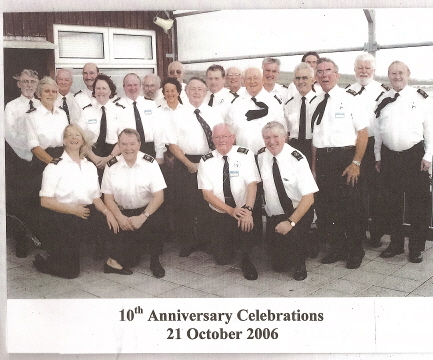 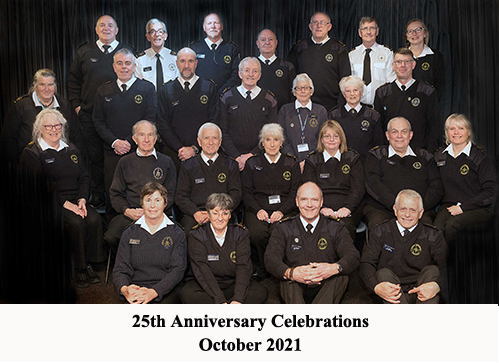 Gwennap Head has held Declared Facility Status (DFS) for many years. This means that it is considered by HM Coastguard as an integral part of the national Search and Rescue organisation, and a resource qualified to assist them, as and when required. To achieve and maintain DFS, a station is subject to regular, external, all-day assessments of its staff, procedures, and training standards, as well as exercises designed to demonstrate competencies in our core tasks of “Spotting, Plotting and Reporting”. This ensures that the highest standards of watch keeping are maintained, and that HM Coastguard can have confidence in the professionalism of any station with DFS