NATIONAL COASTWATCH HAVE BEEN GRANTED USE OF THEIR OWN DEDICATED RADIO CHANNEL BY OFCOM. CHANNEL  65 IS NOW IN FULL USE AT NELLS POINT. SO WHY NOT GIVE US A CALL FOR LOCAL WEATHER CONDITIONS OR A RADIO CHECK?

In 2019 we were involved in 21 incidents , with 16 of them initiated by Nells Point. This is an increase of 3 on the previous year.The type of incident varies greatly from persons cut off by the tide, disabled vessels, kayakers, paddleboarders and swimmers. This has resulted in 40 people being rescued. For further details of the individual incidents, go to the national home page.

Many thanks to Barry Hookers Crochet and Craft Clubfor their generous donation which was presented at our Christmas celebration at The Cambrian, Rhoose. 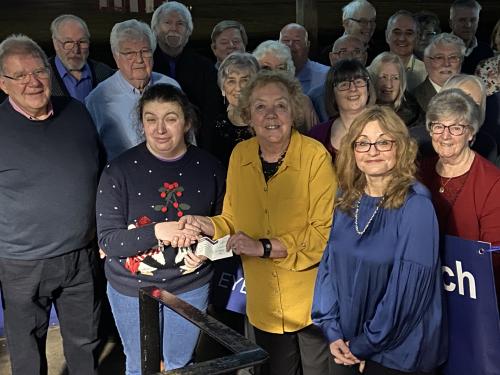 VISIT FROM  JANE HUTT AM

On 15 February we received a visit from Jane Hutt AM who has always been very supportive of the work we do. 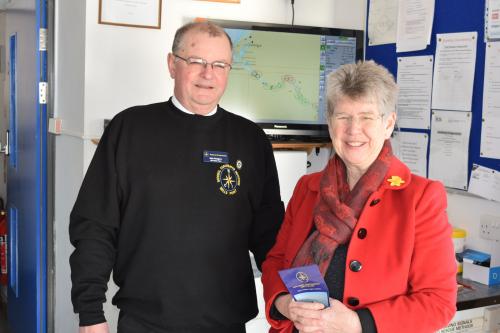 We recently received a generous donation of £1417 from RAOB (Buffs)Glamorgan South Province, in support of our project to purchase a new set of high powered binoculars. The funds were collected by the Buffs during 2018 and handed over to our Deputy Manager, Phil Jones. 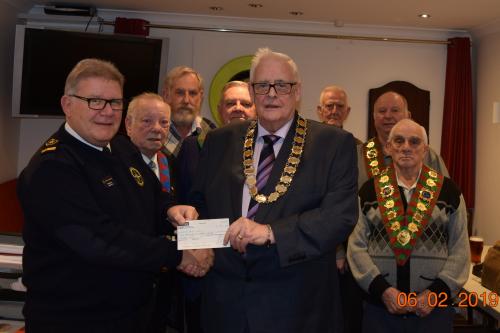 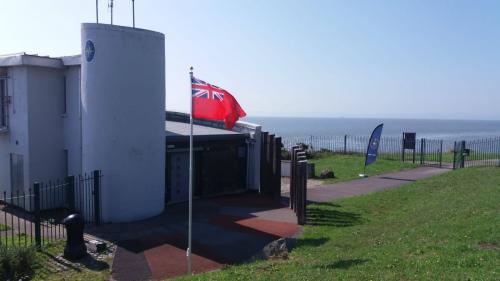 VALE OF GLAMORGAN MAYOR AT OUR ANNUAL OPEN DAY

Our annual open day was held on 19 August, and was well attended, despite the rain and near gale at the beginning of the day. This year's event was sposored by ASDA (Barry Waterfront) who kindly donated a hamper of tea, coffee, cakes and biscuits to keep our vistors (and watchkeepers) refreshed. We were also pleased to welcome the Mayor of the Vale of Glamorgan, Councillor Leighton Rowlands whose visit coincided with an incident involving a potentially stranded casualy on Sully Island, so he was able to see what we do at first hand.  IHe greatly enjoyed his visit and it was good to have his support 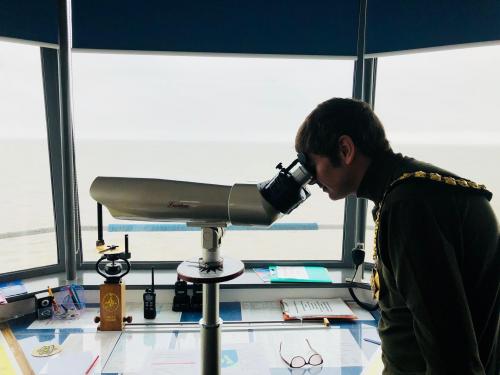 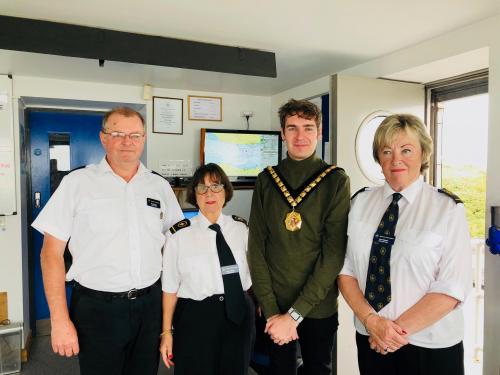 The Mayor of the Vale of lamorgan, Councillor Leighton Rowlands, with Station Manager, Nick Rodgers and Duty Watchkeepers Rosie Collard and Ann Gripton

On 12 may we had a stand at the Barry Dock RNLI Mayday event on the promenade at Barry Island. The weather was fine, vistors aplenty and it gave us the opportunity to chat about what we do. Below are some of our crew at the stand with local Westminster MP and Secretary of State for Wales, Alun Cairns 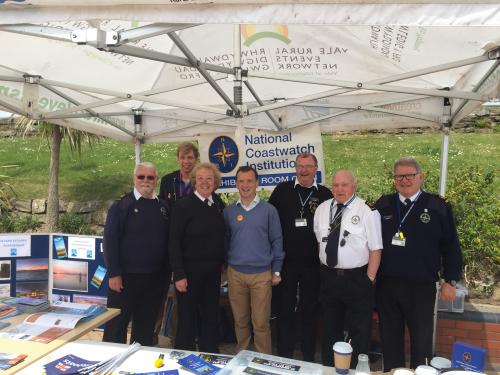 An autumn 2017  Nells Point NCI were delighted to be accepted by ASDA's Barry Waterfront store, as one of their 3 nominated charities for their Community Life Fund. Over a period of a month or so, customers were given tokens at the checkout which they could use to indicate their preferred charity of the 3, and Nells Point NCI came out on top, which resulted in us receiving a £500 donation from ASDA.

A big thank you to ASDA for accepting Nells Point as one of its charities and a further thank you to every one of ASDA's customers to put their token in Nells Point's box.

On 6 August we held our annual Open Day, when we invite the public to come and visit us and see what we do. The weather stayed dry and the visitors thoroughly enjoyed their tours.  We also had a visit from the Red Arrows (well it did coincide with the Transport Festival on Barry Island) and the Station made a perfect vantage point for watching their display and allowing some of our watchkeepers to take some photos. 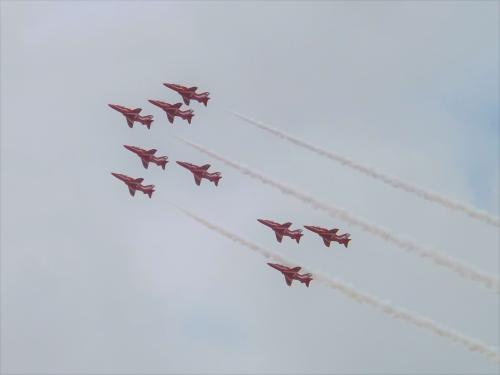 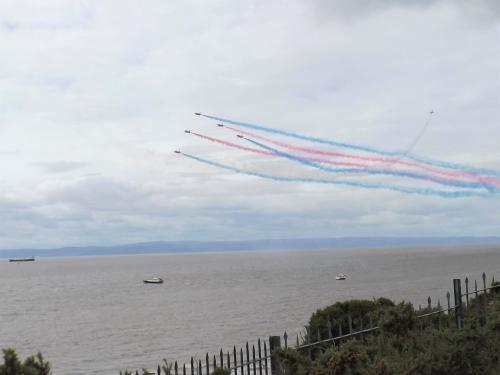 And no........we were not involved in a major plane crash incident on the day. It was just an interestingly timed shot from one of our supporters!

More photos can be seen in our picture gallery.

In May some of our crew visited the Coastguard Operations Centre (CGOC) Milford Haven. Wes were welcomed by the newly appointed NCI Liaison Officer who updated us with progress on their recent reorganization and answered the many questions asked.  We were then taken into the Operations Centre, where their technology and software were demonstrated. Each workstation had four screens enabling each operator to transfer information from one screen to the other thus keeping all relevant information available at all times. 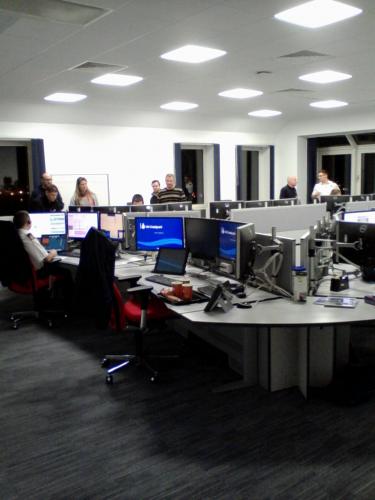 10th ANNIVERSARY OF THE OPENING OF NELLS POINT NCI STATION

On 16 February 2017 we held a celebratory dinner at the Seashore Grill to mark the 10th anniversary of the opening of Nells Point. The occasion was attended by both past and present watchkeepers, the Mayors of Barry and the Vale of Glamorgan, the President and Chairman of National NCI, representatives of 2 of our sister stations in South Wales and some of our major supporters. It proved to be a successful evening and enabled the NCI president to present 10 year service badges and certificates to 9 of the original group of watchkeepers who helped set up the station back in 2007 and who are still active today. 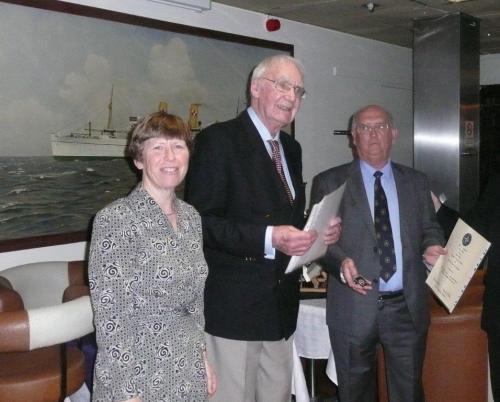 NCI Chairman, Lesley Suddes and  President Jon Gifford present Clive Wilton with his 10 Year Service award. Clive is our longest serving member who played a huge part in setting-up the station and was its original Manager 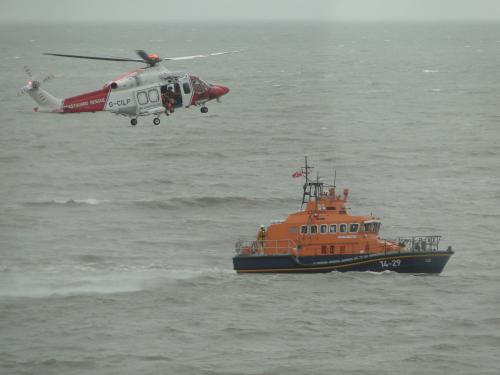 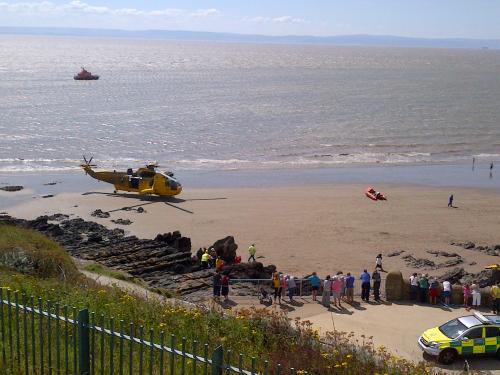 Why not come and visit our Exhibition Room? It is open most Sundays (weather permitting!).  Media Design, a graphic design company based in Crickhowell, Powys. re--designed the  display boards and it is now an interesting and stunning visual display about NCI, Nells Point, the local area and SAR . Funded by a grant from the Vale of Glamorgan Council and matched with funds from the Local Tourist Office. 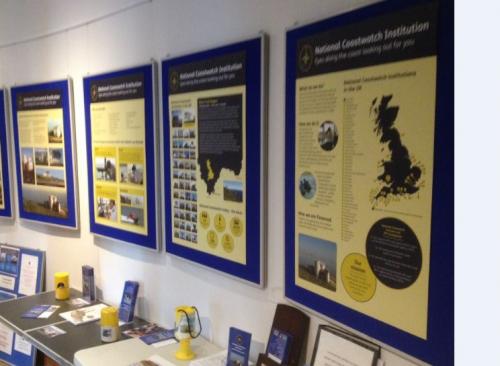 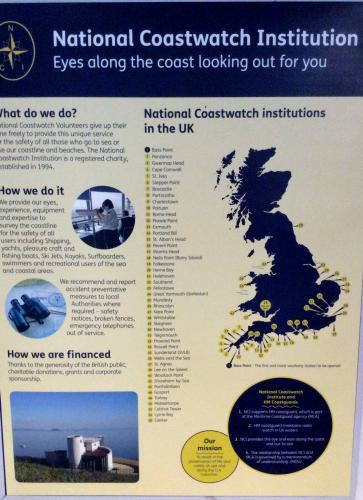 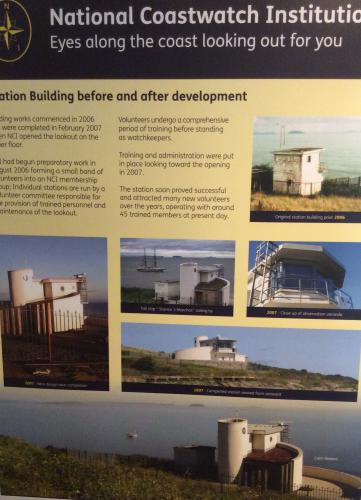 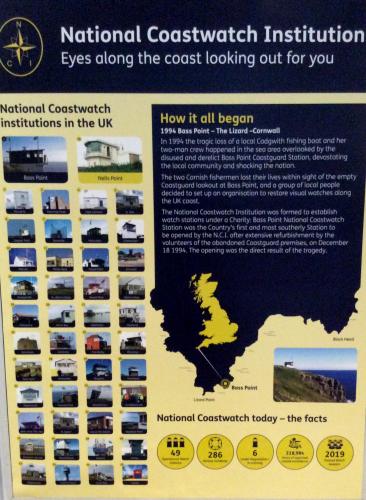 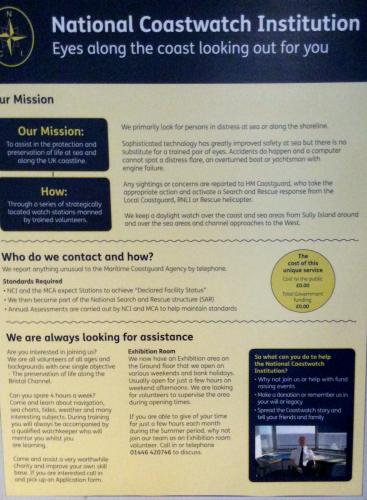 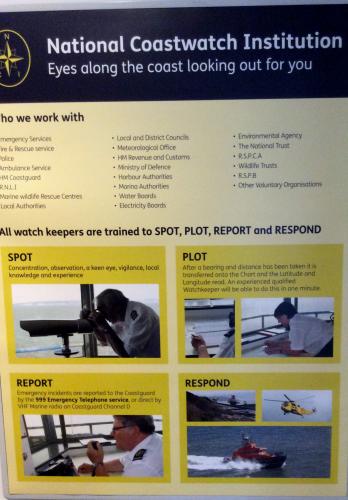 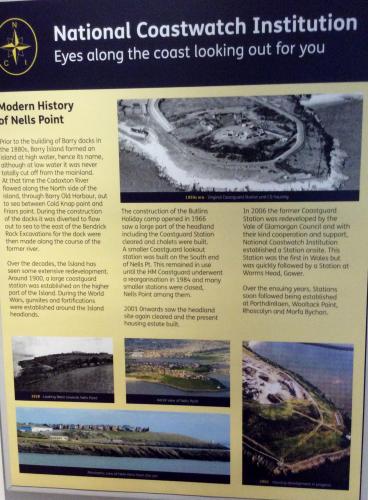